According to a 2013 patent application, Valkee’s earlight shall work against

Valkee’s Timo Ahopelto has, via his Lifeline Ventures fund, also a major stake in Oncos Therapeutics. There he is also on the board. That’s a pharmaceutical company, which – as the name tells – develops cancer treatments. Hope they know what they are doing.

“What comes to Valkee’s science, it is very strong.”
– Timo Ahopelto, Valkee’s Speaker of the Board

There is a stunning announcement from Valkee’s Chief Science Officer Juuso Nissilä in their trashy pop-science blog called Shine:

“Our initial reports have also gained support from independent groups in the field of neurology. A recent publication confirms our observations of light penetrating the skull, affecting neural networks of the brain, and especially enhancing the functioning of Hippocampus, that is the most important single neuroanatomical site of the brain for cognitive performance.”

Why is this not on Valkee’s frontpage? The public is waiting for proof for any of the company’s assertions since the earlight device was launched in 2010. Thus, this would be quite sensational!

The Article: The paper comes in the “World Journal of Neuroscience” (WJNS), a subdirectory of Scientific Research Publishing (SCIRP), a “predatory publisher” which has dozens of pseudojournals. It’s the same fake “peer-review” journal, where also Valkee has put it’s stuff before – for some 500 dollars. The abstract reads:

“The results suggest that external light is transmitted through cerebral tissue, can be measured externally, and significantly affects functional connectivity. The findings support the conclusions of Starck et al. (World Journal Neuroscience [sic!], 2012).”

The paper stems from Michael Persinger and his group from the University of Sudbury, Canada. Persinger is a colorful person, and maybe best remembered for his “god helmet” experiment in the 1980’s. Transcranial stimulation would affect a person’s feelings (namely: cause spiritual experiences). Sounds familiar? 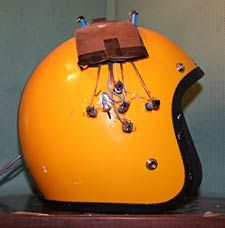 The experiment could not be replicated by others, and turned out to be a placebo phenomenon. The latter did not get as much media attention, and so these “findings” are still around. Generally, none of Persinger’s findings about the paranormal have been confirmed so far by serious researchers.

Persinger has a name as an UFO-, remote viewing-, and telepathy researcher. He is one of the fathers of the ELF conspiracy theory (extremely low frequency electromagnetic waves). Was last month in the news, as the Washington Navy Yard Shooter had explained his earlier actions with ELF remote steering and named his gun “My ELF weapon”.

Their experiment with transcranial light: In a dark room, a flashlight was placed at one side of a person’s skull. At the other side, there was a highly sensitive photometer to detect light (=photons) even in smallest amounts. When the flashlight was switched on, there were photons detected on the opposite position. They had apparently penetrated through the head.

Persinger explains this with a possible Grotthuss mechanism. Within a Grotthuss chain protons are transported faster than expected. The earlight, however, must use this to move slower than the laws of physics allow. Slow light is existing, within special materials and certain conditions. But a human head is not a Bose-Einstein-Condensate, as far as we know.

Protons shall be part of the chain. They would somehow transport the light, say Persinger et al. I suggest an elegant experiment with an aquarium, filled with water, and a flashlight. There are plenty of protons to form a chain. If light is switched off, is there an afterglow from the slow photons?

The final point is what the light is doing there, during its unhurried way through the brain:

“If patterns of photons move as slowly through the cerebral medium as our results indicate then the traversal time for the width of a neuronal soma or the average length of an intracortical axon would be within the millisecond range. This congruence could be sufficient to allow direct interaction with information processing within neural circuits.”

A look at the references would have told much beforehand, it is the “biophoton pioneer” Fritz-Albert Popp with his tales of photonic information transmission, and, amongst others, a telepathy article in the International Journal of Yoga about a “gifted person”. 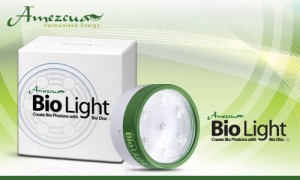 Paranormal gifts are not required to identify this as complete nonsense. Also Valkee knows, and that’s why this incredible pseudoscience is not used for marketing. It is where it belongs: Alongside with Valkee’s own earlight study in that pay-for-publication journal imitation.

“Science is seemingly so easy and contradictory that everyone has an opinion of it and becomes an expert in it.” – Timo Ahopelto