None of Valkee’s studies has been published in a peer-reviewed journal. However, the company often claims that they are submitting articles to journals – but that it takes usually around 3 years until an earlight paper appears in obscure sources.

One of the unpublished articles, which has been, according to Valkee, under review somewhere, is Valkee’s 2011 placebo-controlled study in Seasonal Affective Disorder. The company told repeatedly to have “published” this thing – instead, a forged abstract without details was listed in a congress supplement.

Here is exclusively a full-text version of the buried article. With all outcome details, but w/o abstract & references.

Note that the authors claim that there has been no placebo group. The study registration tells clearly that Valkee’s pseudoscientists are lying. The placebo was erased and declared as active treatment after the study had failed. 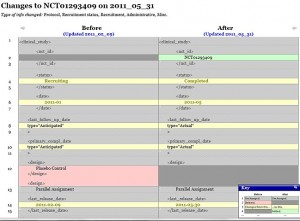 Nobody runs an expensive controlled study, if it’s not absolutely clear what the placebo does. The sham treatment was chosen accordingly to Valkee’s previous dose-finding studies, which indicated the following (source are the investigators):

Such a faked study can not be published in a medical journal, any editor will note the fraud. On the other hand, the authors may have been lucky to have avoided publication: An economically motivated research fraud of this dimension could easily be a career-stopper. An article wouldn’t have gone unnoticed, as the abstract did.

4 thoughts on “Time for the Truth: The full text of Valkee’s buried SAD article”