In February 2017, Privanet Securities announced a new record on its AROUND crowdfunding platform: Finnish startup Cohu Experience Oy had successfully raised more than €3,2 million from investors, the first million of which in only 43 minutes. The business idea was to organize a competition via a smartphone app, where the winner would be going to space. The app was announced for fall 2017, and the contest should begin in early 2018, with the first space flight in 2018 or 2019 at the latest.

Cohu Experience was founded as Cohu Entertainment. It renamed itself to Space Nation in Fall 2017. Its achievements have got a lot of media attention so far. It would have been better to check the facts every single time, instead of reprinting press releases.

Cohu/Space Nation claimed in many press releases in 2017, as well as during its public offering, that “Forbes” had ranked it as Europe’s most promising company for 2017. It’s reassuring for a wannabe investor, when such a respected body analyses the offering company and confirms its great potential.

This was a complete fake.

In reality, there has never been such a ranking. A staff writter at a Forbes.com blog had composed an opinion piece, where he listed some interesting european start-ups, and accidentally Cohu was described first. The text says clearly, that it’s only a personal opinion – not a “Forbes list”, whatever that means.

The company told in September 2017, that it had entered a sensational (“giant leap”) agreement with NASA for broad-scale commercial cooperation “never heard of before“. In fact, this was a simple sign-up for a Space Act Agreement. NASA said that clearly in its own press release: The collaboration is limited to content provision, there is no further cooperation, and the agency has had similar agreements with other apps and educational programs before.

Cohu/Space Nation made the historic achievement to be the first UNWTO (affiliate) member from the space travel sector. This looks more profane with a glimpse at the other UNWTO affiliates on the same list: Space Nation meets Freixenet and the Santa Claus Foundation. 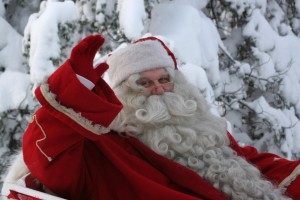 Office Space at the ISS

The space travel pioneer then announced it had bought “office space” at the ISS for rent to researchers or other interested customers. In fact, they paid £17.000 for a  50x50x30cm box. Space Nation gave conflicting accounts what to do with that box. Anyone could be sending a 10x10x10cm experiment to space – or SpaceNation could conduct “own exciting experiments”. Because it’s not a scientific organization, and has no competence whatsoever in the field, it’s obviously a £17.000 PR gag.

The bigger problem than the questionable PR stunts, however, is the failure to accomplish the milestones of Cohu/SpaceNation’s business plan. According to the documents published for the public offering, the company should reach a profit of nearly €84 million by May 2018.

The obvious reason is the still incomplete app. It was first announced for September 2017, then for early 2018, then February 2018, and it’s still not published. Even if it hits the market this year, and some kind of contest starts, there will be no spaceflight as promised.

Virgin Galactic, the only possible carrier for SpaceNation’s suborbital flight, was booked out in May 2017 until 2021.  More than 700 persons are already on the waiting list. Even if SpaceNation has booked in advance (which should be impossible, VG only accepts individual applications): regular flights have to start yet with the VG spacecraft still undergoing tests. There is no TV content or licensing rights to sell yet.

Stupid money is out there

While I would certainly love to see a civilian going to space, organized by a finnish space travel start-up, it doesn’t look good. Space Nation promises that the app would produce income and user retention as did Supercell with HayDay or Clash of Clans. But space travel and everything related to astronaut training is still more complicated – and actually more boring –  than building virtual farms with your thumb on a smartphone. The sky does not look as good on a 5 inch screen as it does from the Hubble Telescope.

SpaceNation will need more money soon. And if the whole project does not work out, you can still blame it on the many unforeseeable problems and players. SpaceNation then could rename itself and start something totally different, with fresh funds from new investors. Cohu Experience did so, after their CarbonToSoil project failed.

But that’s a different story.

UPDATE 27.3.2018: SPACENATION CEO Kalle Vähä-Jaakkola told that “the app will launch in March, and the rest is history”. That’s 2 days on, if it’s not to happen on Christianity’s holiest weekend (which would be idiotic, to say the least.)