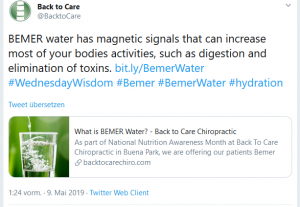 9 thoughts on “Dr. Klopp dies, and BEMER confirms his “institute” had been virtual”