Shortly after the death of Dr. Rainer Klopp, links to his “Institute of Microcirculation” in Berlin began to vanish from BEMER Group pages, and the institute’s website went offline. Time for a final visit and a reconstruction.

Things looked bleak for swiss businessman Peter Gleim in 1995, when german police seized some of the “Clean-Cards” he sold for 179 DM (92 Euro) per piece (750DM/380€ for a 5-pack) and analyzed these. Gleim had promised to clueless homemakers, that the cards would save up to 90% of laundry powder when put in the washing machine. Authorities found out – unsurprisingly – that the cards had no effect. It was a simple scam. Prosecutors investigated Gleim and his company Funworld GmbH for fraud.

This was not the first time Gleim had to do with law enforcement. 10 years before, the Munich district court had ruled his sales methods were “immoral and illegal”, effectively shutting down his Gem Collection Cosmetics GmbH. Gleim had used a pyramid scheme, also known as snowball selling, to sell overpriced cosmetics through ill-informed franchisees. Gem Collection Cosmetics got finally deleted from registers in February 1995.

When the dust had settled, Gleim set sail with his Innomed AG, which would later become BEMER International AG. In 1998 it began to sell magnet “therapy” devices via a well-known system: The pyramid scheme, now called “multi-level marketing”. It had a striking advantage over the old-school laundry card scam. When managed carefully, the con artist at the top cannot be held responsible for actions of his franchisees. The risk is distributed widely and diluted.

BEMER Group would later describe this stage with “our belief exceeded our knowledge by far” – in other words, there was no proof of any kind that the devices had an effect on the human body. Basically, that is still the case up to this day. Only one institution outside of Innomed/BEMER would claim otherwise: The “Institute for Microcirculation” in Berlin, led by Dr. Rainer Klopp.

Not much is known about the dealings or whereabouts of the “institute” in the 1990s. It only managed to produce two articles in a full decade (both in cooperation with Schering AG, a pharmaceutical firm in Berlin that has now merged with BAYER). In terms of science it had no standing at all.

From 2000 to the early 2010s, the “institute” had rented an office in Wolfener Str. 32-34 at the outskirts of East Berlin. This is where the widely circulated older videos for BEMER Int. AG were shot.

Somehow Klopp and Gleim made contact no later than 2004. Other BEMER sources say cooperation began in 2006. Klopp was the much-needed counterpart to Gleim’s rude and often barely legal business methods. Jovial, humble, and – most important – with an academic grade. The doctor would later be upgraded silently to a professor.

During these years, the “institute” produced several papers, all but one apparently sponsored by manufacturers of alternative treatments. There are studies on mistle toe extract, a “homeopathic remedy”, and ginkgo plant extract. Publication of research ceased in 2014. Articles since 2011 were not peer-reviewed and are not trustable.

This decline coincides with the “institute’s” move to full obscurity, a small space adjacent to a leather shop in Berliner Str. 25, Bernau b. Berlin, and finally the desk of Klopp’s friend and wannabe-charlatan, Professor Jörg Schulz in the Negelein Haus at the Berlin-Buch campus. 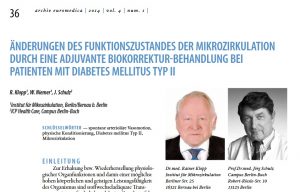 Schulz had invented his own alternative method, he called it Biokorrektur. With the help of Klopp, Schulz tried to introduce it to a wider public. Schulz’ company ICP Healthcare, shortly renamed to “Noventalis, Institut für Biokorrektur” (!) soon got under a russian management and seems to have relocated to Russia-occupied Crimea.

Klopp’s “Institute for Microcirculation” fared better. Decorated twice with the BEMER AG-backed Science Award (to Klopp in 2011 for “Lifetime Achievement”, and to his partner Dr. Wolfgang Niemer in 2014), it finally got own premises in Berlin-Buch. 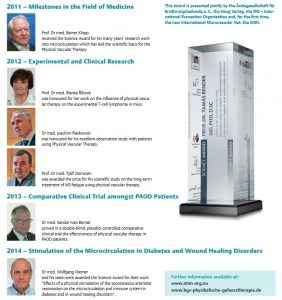 When Rainer Klopp died in May 2019, Peter Gleim promised that “the work will go on … inside and outside the institute”. A month later, the link to the “Institute for Microcirculation” disappeared from BEMER Group’s homepage without further comment. 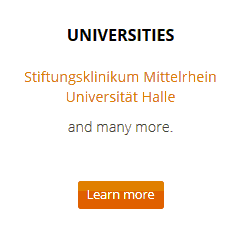 Then the website of the “institute” was driven down. As it happened, I was in Berlin in early August 2019. I had to follow up what more than 50.000 readers saw to date, and took the time to find out what’s going on. To my amazement, the doors stood wide open and not a soul in sight. 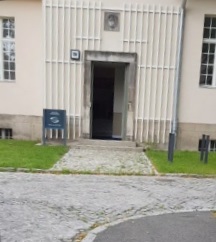 The lobby had clearly changed, compared to my previous visit. Inside, it was totally quiet. 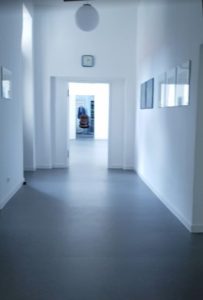 There were exactly two rooms with a few microscopes and monitors, just the appliances as shown in all the promotional videos over the last 10 years. 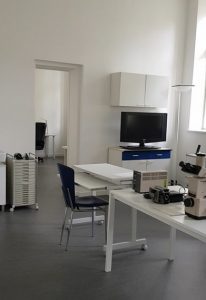 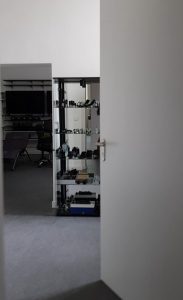 The rest were: a conference room, restrooms, a kitchenette, and empty spaces. 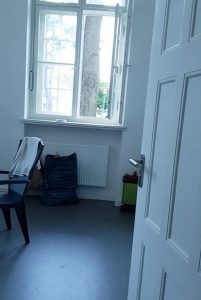 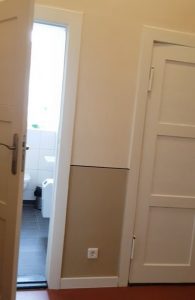 I was consternated. What’s happening here? But then I found a human being. 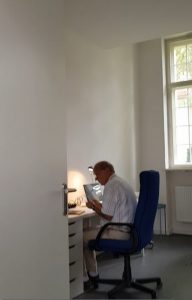 It was Dr. Niemer, Klopp’s long-time companion and BEMER’s Science Awardee 2014. We talked for a while.

…will the Institute for Microcirculation continue to exist, now that Dr. Klopp has departed?

unfortunately, our plans are shattered…now that the sponsor [is gone] …[BEMER] did it somehow together with him … it all was through him [Dr. Klopp], all of the contract…

– the rental contract (for the institute)?

Of course the “institute” could not and would not exist without BEMER AG, although Klopp maintained for years on their homepage, that it’d be “completely independent”. Now, in hindsight it was confirmed how the axis Gleim – Klopp handled those things.

Then there were some words about Finland and the visit of a finnish “delegation” earlier this year. The finnish athletes have been of certain importance and the “community” here is “diligent”. Niemer did not recall if he saw me then or not (article in finnish at BEMER Nordic, with the usual pictures of the equipment, written free from any competence).

I left with a sad feeling, Dr. Niemer was contagiously resignated and depressed. Gleim had broken the promise he gave upon the death of his “dear friend” and kicked the short-lived facility out. There is hardly any other conclusion: For representation, he needed Klopp, not any institute. Fortunately, it’s not a big loss for science. 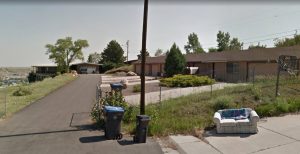