Since my last piece about Ductor Corporation (registered also as Ductor Oy, Ductor Ab, Ductor AG, Ductor Ltd and other names) the company made several strange moves. Known in the finnish business press as an enterprise “to invest in, if you want to lose your money with near certainty“, it informed about a new investment round of 2 million Euro.

While that it is hardly new for an enterprise which took in “stupid money” investments of over 30 million Euro to develop a crackpot’s idea into a working product (offended by my wording? read Vol. 1), this time the first public announcement came after the round closed. But they nevertheless tried to make it look like a “successful public round”. 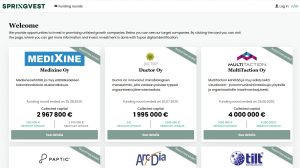 When I wrote about Ductor in July 2020, the round wasn’t there on Springvest’s website. This was also witnessed by the usual investor blogs, which told about the rounds before and after (Medixine and Multitaction), but not Ductor’s. Furthermore, the company claims the round had been active for 5 days only. Normally, these rounds last several weeks.

We can update our information to 2020 with the numbers Ductor released now.
Investments to date: 32,6 million (30,6M+2M); 2/3 from small shareholders. 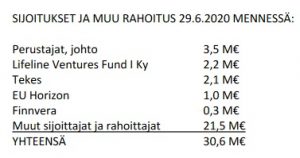 Ductor is again predicting enormous revenue for the ongoing fiscal year and beyond, but this time, a new red banner appeared which warns explicitly that these numbers are as much phantasy as they are phantastic. This banner hasn’t been there before my July blog posting, where I criticized this practice. 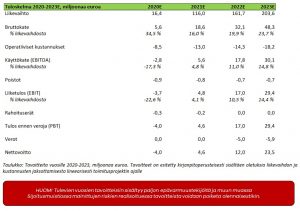 This may well be a coincidence, as well as this whole mysterious “retrospective” investment round. But there is yet another coincidence, that appeared after I blogged about this enterprise.

Ductor Corp. has “updated” their 2019 balance twice since then. One of the updates – and that is quite unusual – contained an English translation of the auditor’s report. 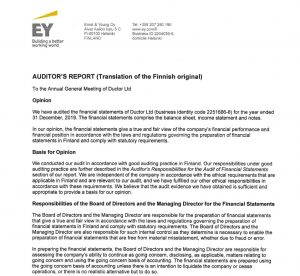 This doesn’t counter a single character of my criticism, as it says straight that the balance is prepared under Finland’s accounting law, which is different from the rules in the countries where Ductor has moved its risks.

Adding to the bizarre story, this statement was audited and signed by Ernst & Young (now EY), which has been since under fire for providing the world with the worst (but most entertaining) auditing scandal in Europe’s modern history. The affirmation of correctness underwritten by an auditor, who can be duped by faked screenshots of bank accounts to sign off multi-billion frauds, counts … virtually nothing. 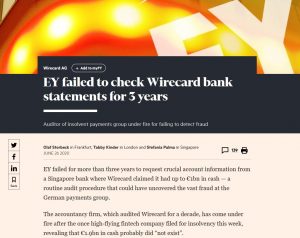 One thought on “Ductor 1.1: Business as usual
(=no business)”