Last month the Finnish Patent and Register Office (prh.fi) threatened to shut down Valkee Ltd, the manufacturer of the infamous HumanCharger device, should the company not provide their 2/2020 balance.

The long-overdue document was hastily produced in early February 2021, with strong-worded remarks by the accountant and auditor, who were called in too late. Here it is.

The most concerning point, however, is that the balance sum has shrunk to only €193.000, while Valkee has a registered floating charge of 300.000. Taking into account also the loss of all share capital already back in 2017, and the bitter failure of their Indiegogo campaign which should have rescued the business, it’s simply reckless to keep this thing going.

I’d speculated before, that it’s Valkee’s chairman Timo Ahopelto, who doesn’t want to admit defeat and keeps the company up with little sums. He has toured podcasts and conferences preaching the long-busted “benefits” of the HumanCharger, and had to let go other important investments very recently (Enevo Oy went into bankruptcy in July 2020).

In other jurisdictions, for instance in Germany, a company that has never and will never generate a profit must be shut down already for taxation laws. “Hobby” business is not allowed under a public registration. In Finland, even a firm that has no share capital and is permanently soaking in funds, may exist for an indefinite time. The problem with Valkee is, that it keeps scamming people as long as it is active – as seen on IGG. 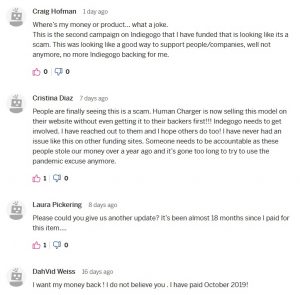 Valkee’s leaders still claim, that everything will gonna be ok. The CEO Aki Backman has been compared to Iraq’s previous information minister “Comical Ali” for that. 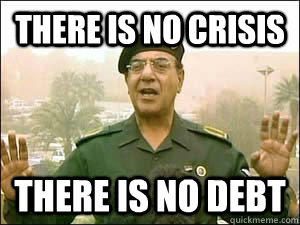 There will be no FI-version of this post, because I expect the snail media to do it soon.