after more than 14 years of useless existence, nearly 100.000 betrayed customers, over 20 million € damage (including ~15 million tax money and private investments):

This comes also nearly 10 years after I set out to stop this fraud, firstly with the MOT TV program, which I instigated, co-wrote* and appeared in, which was followed by the 2012 HuuHaa award from Skepsis ry that cited my analysis, and the countless publications on this blog and elsewhere.

Besides the MOT Yleisradio program, there have been many incredible moments, the most recent being the thesis defense farce in Oulu, about which I wrote in Skeptikko 4/2018 (p.24). 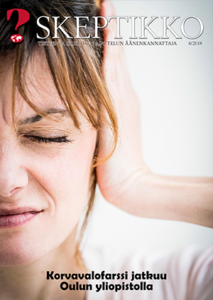 There may be some text in Finnish coming this week.

*why I was uncredited despite 70% of the original story was mine, is part of the untold

2 thoughts on “Valkee is history”