To my surprise, I received a call from the UK Department of Health and Social Care last week. They wished to thank me for notifying the department about the “NHS” trademark infringement by Nordic Health Sprays aka Pohjoismaiden Terveyssuihkeet Oy. I had nearly forgotten that I copied a text and, as required, my phone number into a government contact formular some weeks ago.

The NHS logo must be used in support of its “core principles and values”. The UK National Health System is a very trusted brand, which stands for (examples) “quality of care, …safety, confidentiality, professional and managerial integrity, accountability” and so on.

Selling questionable supplements and magnesium sprays does obviously conflict with these values. The finnish company received a cease-and-desist order, and acted immediately to avoid compensation claims. It has not filed balances since 2016; a 5-digit claim could pose a real threat. 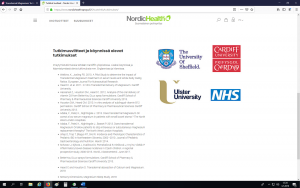 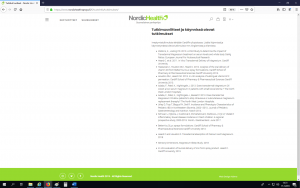 The original manufacturer of the magnesium products distributed by Nordic Health Sprays, BetterYou Ltd from the UK, also had to remove the NHS logo. Visitors would get the impression, that the NHS somehow stands behind the “Backed by Science” line. 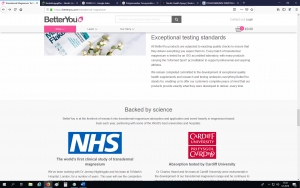 Other institutional logos are still there, to milk some confidence for the flimsy magnesium health claims. Supplements and other OTC “health products” are typically marketed with such illegal or unethical methods.

I would never try to take them on systematically, because it’s a complete waste of time. One busted lie is soon replaced by another. That was just a demonstration and the result of a 5 minutes effort.

When I wrote in 2017 about Finland’s leading pharmacy chain intentionally selling magnesium spray snake oil to its customers, I wasn’t aware of the scale of the transdermal magnesium scam.  There are hundreds of manufacturers and sellers, and there are dozens of such products on sale in finnish pharmacies.

One company caught my eye: Nordic Health, which maintains websites for all nordic countries. It has “Magnesium Sleep lotion for mothers and babies“, “Magnesium butter“, and 17 (!) other transdermal magnesium products. The tagline: “Scientifically proven“. 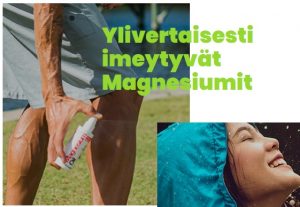 According to Nordic Health, its magnesium is effectively absorbed through the skin. If true, that would be strikingly different from all other transdermal magnesium preparations. The company presents studies to bolster its claims (click to open). 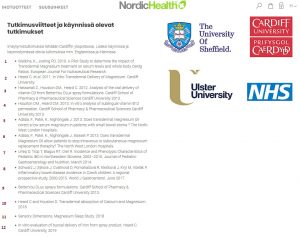 To make it short: This is no scientific proof, this is not even science. And it’s accompanied with logos of universities and the NHS. I bet Nordic Health hasn’t any right to use the NHS’s mark to pump up sales. 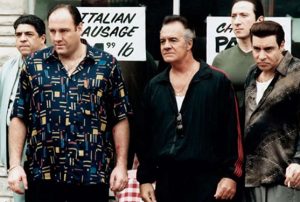 But wait, there was a real study at the beginning, right? The incorrect citation was

This study is widely quoted and reproduced on webshops which sell transdermal magnesium. Get it, for example, from the “Magnesium Health Institute” (PDF). It is even cited in papers in (allegedly peer-reviewed) scientific journals. Although it’s not found as an original paper in any citation database.

It is not in PubMed/MedLine, and no-one seems to know the “European Journal for Nutraceutical Research“. I’ve done a lot of research into predatory journals (soon to be published), but this one baffled me. The journal is not in the NLM catalog, meaning it has not even existed at any point in time. There’s no trace whatsoever currently on the net. Nonetheless, it’s widely used and cited by shady and half-shady businesses – like extempore, the customer magazine of the finnish pharmacists’ association.

Finally, I identified the “journal” through the always-appreciated internet archive. The “European Journal for Nutraceutical Research” has been a sub-blog on the defunct phytomedcentral.org website. It had less than five entries and was accompanied by other fakes, like Plant Taxonomy Journal, Plant Anti Cancer Journal, Veterinary Plant Medicine Journal, and Pharmaceutical Plant Research Journal. These were all used to push questionable supplements or “herbal remedies” by junk studies disguised as scientific journal articles.

It’s in a way a copycat of Andrea Rossi‘s method to publish his cold fusion junk papers in his “Journal of Nuclear Physics“, which is in fact only his blog.

What if I’d call my gloom blog Journal of Scientific Innovation?
(All these names are already used by scammers.)

If it wouldn’t be so symptomatic, it would be funny. The source is long gone, but the misinformation lives on. I won’t go into details of the study, the strange titles of the authors and the obscure “Herbal Research Center” where it was done.

And this is the best existing evidence for transdermal magnesium?

It is, according to this review of transdermal magnesium, which was also published through a controversial publisher. Generally, at the moment only sub-standard stuff like this exists.

ps. the address, where “Nordic Health Sprays” (Pohjoismaiden Terveyssuihkeet Oy) claims to reside, is a family home on sale: 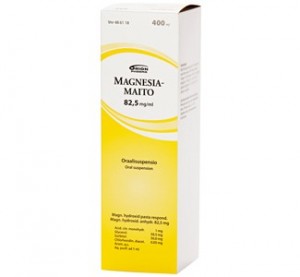